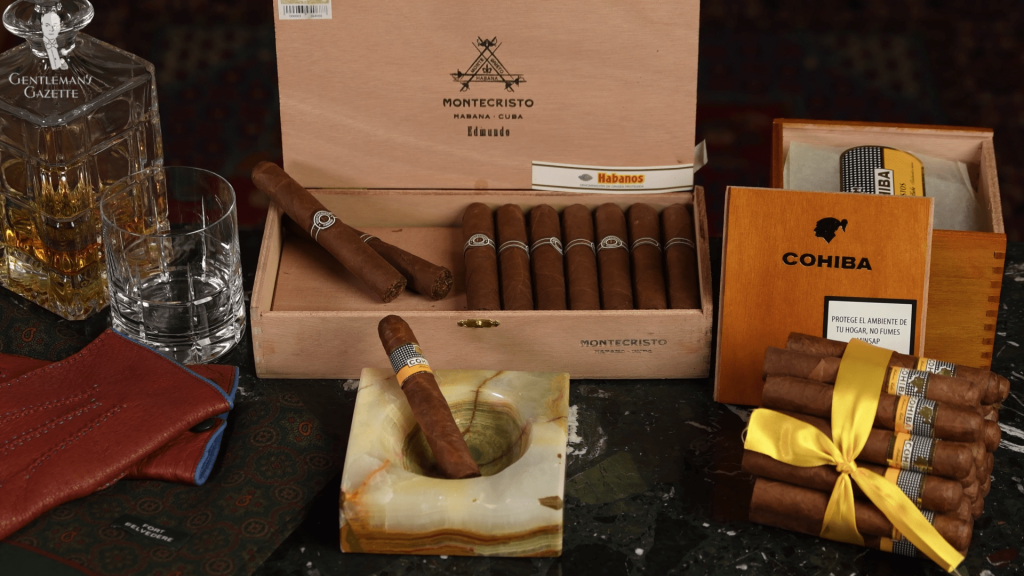 There are many different factors that can impact how many cigars come in a box but the most common factor is what brand of cigars you are buying. For example, Gurkha Cigars will have a different amount in the box compared to the popular Oliva Serie O cigar. Below we talk about this in more detail.

How Many Cigars Come In A Box?

It is important to mention that many cigar boxes are considered to be more than just boxes that hold cigars. The cigar box is a piece of art and is designed to be on display in your home. This means sometimes the physical appearance of the cigar box will limit how many cigars come in the box. This isn’t always the case but this is common for more expensive cigar brands and is common for some of the best cigar humidors as well.

One of the first things that will impact how many cigars come in a box is the brand of cigar. Brands will have different traditions and will craft cigar boxes in different ways. This will impact how many cigars fit in their boxes. Some brands will focus more on the physical apperance of the box which will limit their box to only holding around 25 cigars. Whereas other cigar brands will focus more on fitting the most amount of cigars in the box as possible. This is when it is possible to fit closer to 40 or 50 cigars in a single box.

It is common for more expensive and luxiourous cigars to come with less cigars in the box. This is because the brand will focus on creating a more beautiful cigar box and will have less focus on quantity of the cigars. Having less cigars in the box will also allow the cigars to be thicker and will protect them while they travel. If too many cigars are in a box they can start to stick together in the heat or even get pushed into different shapes.

This is why it is common for extremely high end cigar brands to only offer 10 to 15 cigars in a single box. You will receive less quantity of cigars in each box but the quality of each cigar will be much higher.

The amount of cigars in a cigar box will vary greatly and has many factors that will impact the number of cigars. Now that you know about this you are able to make a more educated decision when buying a box of cigars. We hope this article has helped you become a cigar box expert!